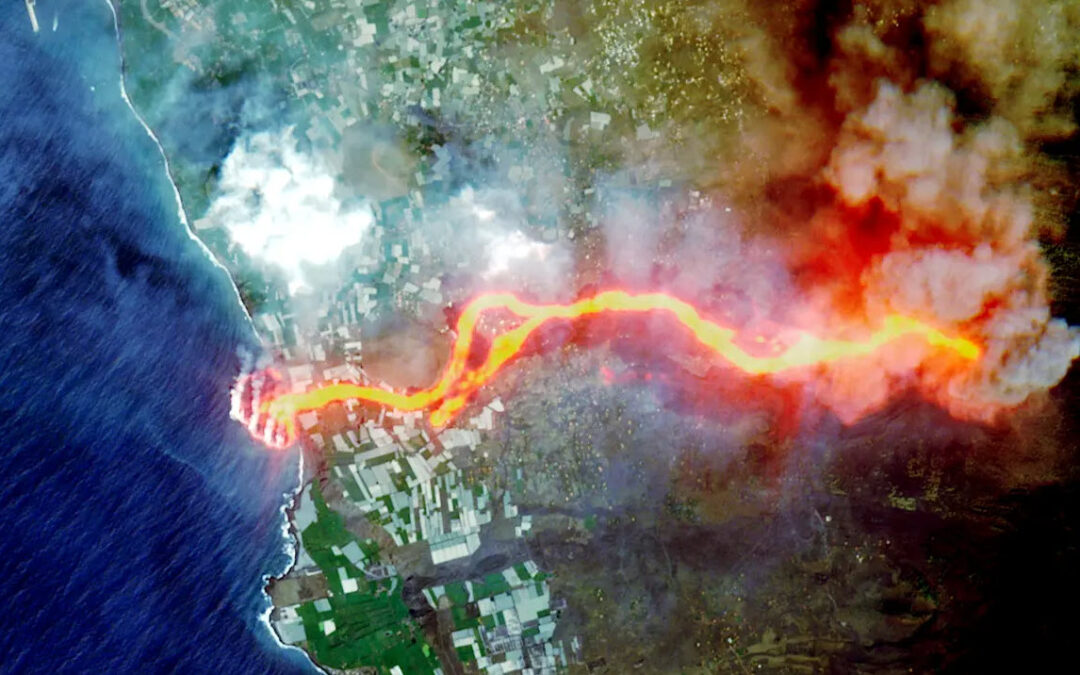 This eBook was posted on Yowusa.com in 2007 and given current events on the Island of La Palma, it is worth reading.

Nostradamus Proven: The True Prediction for the Destruction of New York City

Millions of Americans living along the East Coast are in the cross hairs of a deadly La Palma mega-tsunami threat. Scientists warn us that we face a clear and present danger. Their evidence is clear and compelling, and now, there is more. A new analysis of Nostradamus demonstrates that he predicted this impending calamity with equally clear and compelling precision.

We are presenting this alarming Nostradamus – La Palma Mega-tsunami analysis by Professor Chris Lock, Ph.D., making it available in the hope it will help spur Western governments into action, and we’re not alone. NOVA, DISCOVERY, NATIONAL GEOGRAPHIC and many more reliable sources are also sounding the alarm.

There is still a modicum of time to alleviate or prevent this impending catastrophe. To waste it on inaction or pointless debate will cost millions of lives, because nature’s countdown clock is ticking away!

In June of this year, Professor Lock offered himself as a guest to be on Marshall’s Cut to the Chase Internet radio show, with the purpose of talking about his La Palma Mega-tsunami research.

A British-born Language professor in Japan, his analysis of the Nostradamus quatrain unequivocally demonstrates that Nostradamus was both prescient and clear and in his prediction.

The great mountain, seven stadia round,
after peace, war, famine, flooding.
It will spread far, drowning great countries,
even antiquities and their mighty foundations.

The key to this analysis is the term “seven stadia” used by Nostradamus. It is an ancient Greek and Roman unit of length, and the Athenian unit is approximately 607 feet (185 m).

This use of an ancient measurement of length by Nostradamus is what first caught Lock’s eye. This is because language is his field, and he holds a Ph.D. in Semiotics from the Pacific Western University.

Fully fluent in Japanese, he is a full time professor at the Osaka University of Arts in Osaka Japan, where he teaches ESL (English as a second language).

When he formed the connection between this quatrain and the science of La Palma, the result was a gut-wrenching kachink. When you download the freely available Nostradamus Proven eBook or eDoc from this page, you’ll feel it, too.